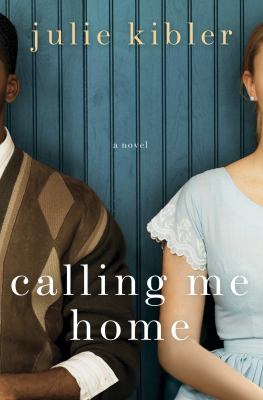 Summary/Review: A beautiful debut novel about the unlikely friendship between two women, the journey that brings them closer together, and a past of heartbreak and secrets. The novel is told in two voices, Isabelle and Dorrie, a very unlikely pair. Dorrie Curtis is a black single mom in her 30’s who happens to be the hairdresser for eighty nine year old Isabelle McAllister. Isabelle asks Dorrie to drop everything, leave her 2 children to the care of her mother, close up her hair salon and drive her from her home in Texas to a funeral near Cincinnati. Dorrie has no idea what is in store for them when they reach their destination. As the miles pass, both women share the secrets of their past. Nothing prepares Dorrie for the story of Isabelle. As a young woman, Isabelle fell in love with Robert, the black son of her family’s housekeeper, at a time when this was forbidden. The story of Isabelle unfolds in 1939 as a teenager with big plans for her future. That is, until she falls hopelessly in love with Robert. The romance between Isabelle and Robert is strictly forbidden by both families, and also very dangerous for Robert and his family. This was not a time where inter racial relationships were accepted. Isabelle tells her heartbreaking story to Dorrie hoping it will help Dorrie find her own way. Dorrie is struggling with her own feelings towards the new man in her life, afraid to open up her heart to love again, while raising her two children. Neither woman could imagine the impact this trip has on their lives and the bond that grows between them. This story is about falling in love, the deepening of friendships and the power of family, both good and bad, and the turbulent times of the late 1930’s and early 1940’s. This is an unforgettable story.

Who Will Like this? Anyone who enjoys historical fiction. Readers who enjoyed “The Help” by Kathryn Stockett. A great choice for Book Groups.

If you like this, try this: “Me Before You” by Jojo Moyes, “Three Good Things” by Wendy Francis, “Lost Art of Mixing” by Erica Bauermeister

To see if this book is available and/or place a hold, visit the Fairfield Public Library catalog! 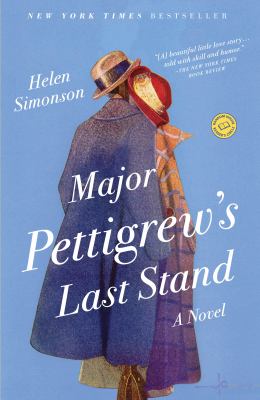 Summary: I fell in love with widower Major Ernest Pettigrew about six pages in! The story takes place in a quaint English village, where the Major’s brother’s sudden death and the propriety of a family heirloom spark an unexpected friendship with a local shopkeeper, Mrs. Jasmina  Ali.  His quiet world changes as he deals with his growing affection for Mrs. Ali (after all they share a love of literature), his yuppie, shallow son, and the various unattached ladies in the village vying for him.  It is a charming and endearing love story. The Major’s wry, witty humor combined with his chivalrous old fashioned courtesy, yet sarcastic jabs about modern situations had me laughing out loud. There is a gentle humor and a quiet lovely rhythm with a romantic twist that will appeal to both sexes. I kept picturing Sir John Gielgud delivering the Major’s lines! Such a wonderful debut novel!

Recommended by: Cindy B., Children’s Department

Summary: Olivia Harker was a happy child living with her father in rural Kentucky. Her father, Tate, was her whole world and she loved helping him take care of wounded and sick animals. Olivia’s happiness came to an abrupt end after her mother Ida’s release from the state hospital. Ida’s madness was still evident, and with her father’s attentions focused on her mother, Olivia’s hatred toward Ida grew. An accident leaves Olivia alone with her mother and she turns to alcohol and men for comfort.

Now Olivia is a young grandmother raising her grandson Will’m and taking care of Ida whose madness has been building through the years. After hunters start killing her beloved wolves on her land, Olivia sets out to find the people responsible. Instead of answers, Olivia finds more questions about her childhood, her neighbors, and the mystery surrounding the accident that stole her father from her. The closer she gets to the truth, the closer to danger she places herself and Will’m.

Sweeping Up Glass explores the complexity of family relationships, the damage done by hate and deception, and the strength of the human spirit. This is a wonderful story and would make a great book group selection.

Who will like this book? Fans of To Kill a Mockingbird or Fried Green Tomatoes.

Summary: This stunning graphic novel tells the story of the deadly slave rebellion led by the infamous Nat Turner in 1830s Virginia. Author/Illustrator Kyle Baker uses the text of Turner’s actual confession to illuminate the horrors endured during the slave crossing, and the violence of life for plantation slaves. Young Nat, an intelligent and resourceful boy, learns to read and write. In reading the Bible, Nat decides that he, like Moses, must lead his enslaved people out of bondage. The rest, as they say, is history.

To paraphrase Baker, the story of Nat Turner is intriuging because while it was always mentioned in history text books, there were never really a lot of details given about why the slave rebellion had taken place. Why is something important enough to mention, but not important enough to describe at length? With Nat Turner, Kyle Baker illuminates the man behind the rebellion without judging him a hero or a villain.

Who will like this book: People who are interested in the ‘secret stories’ of American history. Fans of heavily illustrated graphic novels. Definitely not for the faint of heart.

If you like this, try this: A People’s History of American Empire by Howard Zinn. The Confessions of Nat Turner by William Styron.

Summary: Halfway into Hillary Jordan’s debut novel, Mudbound, I knew that she had earned a place on my “Must Read Authors” list. This is a wonderful, beautiful, brutal, tragic, richly painted novel that is worthy of all of its high praise.

It’s the Mississippi Delta in the 1940’s. The story opens as Henry and his brother Jamie are trying desperately to bury the body of a man, their father. Slowly, the reader is drawn into the lives of the six people who set in motion the events that lead to this man’s death. Laura and Henry McCallan are struggling with day-to-day life on a farm; Hap and Florence Jackson, the black sharecroppers who live and work on the McCallans’ farm, must deal with racism and the unforgiving conditions of the labor they face every day. Each family awaits the return of a war hero, and each family is brought to its knees as their wounded veterans come home and try to resume a “normal” life.

Before it was even published, Mudbound was the winner of a literary prize, the Bellwether Prize for Fiction. Barbara Kingsolver, the founder of the award, had this to say of Hillary Jordan: “her characters walked straight out of 1940’s Mississippi and into the part of my brain where sympathy and anger and love reside, leaving my heart racing. They are still with me.”

And they are still with me as well.