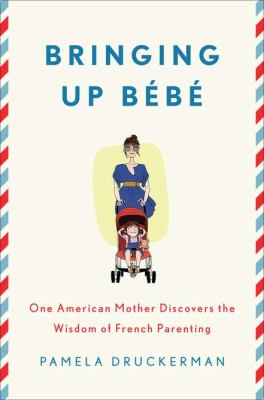 Summary: This is less a manual on raising children than it is a comparison on how mostly upper middle class children are raised in France and America. Pamela Druckerman, a former reporter for the Wall Street Journal, lives in Paris with her husband and three children. She started to think about “French parenting” after experiencing restaurant hell while on vacation with her first child, an 18 month old. Dinner was a horrifying, embarrassing experience involving picking up torn napkins and sugar packets, running after the child and leaving large tips to compensate for the mess left behind. After a few meals she noticed that the French families with children the same age as her daughter actually seemed to be enjoying themselves. The French children were sitting and eating, not shrieking, running around and tossing food and condiments on the floor. You can either consider this situation in the light of your own, possibly too relaxed, parenting skills or write a book about the differences between French and American parenting tactics. Pamela Druckerman decided on option #2.

I’m loath to condemn this entire country for sloppy, permissive parenting but I’m sure everyone knows that family with the kids that you just want to smack with a rolled up newspaper. I’ve never understood the concept of the child as the head of the household. Unless you’re contributing an income stream that far exceeds my own (and there probably are three year olds that do have an income stream that far exceeds my own) you might be a part of the household, but you are not the head. And that is a concept that does come through loud and clear in Bringing Up Bebe, the child is a part of the family unit, not the center. But is that a cultural concept or just plain common sense?

Two more desired attributes in a child that are mentioned in Druckerman’s book are the cultivation of self-reliance and allowing the child the freedom to learn on their own. I don’t know if there’s a term for “helicopter parent” in the French lexicon. Druckerman mentions her intention to childproof their apartment while renovating, including placing kidproof locks on every appliance and installing the type of oven door that doesn’t get hot. Her contractor, Regis, says the best way to childproof an oven is to “let the kid touch it once and he’ll quickly learn it’s hot.” Those second degree burns are a real learning experience.

I can’t imagine anyone actually wanting to raise a spoiled, dependent, self-centered child who is incapable of amusing themselves, a constant annoyance to everyone around them and will grow up lacking the skills needed to become an independent, self- supporting adult that you will be stuck with until you have the good fortune to die and then they will be cast homeless, helpless and clueless into the street to live out the rest of their miserable life eating from garbage cans and swilling cheap wine under a viaduct. But it happens.

If you like this, try this: How Eskimos keep their babies warm : and other adventures in parenting around the world (from Argentina to Tanzania and everywhere in between) by Mei-Ling Hopgood Battle hymn of the tiger mother by Chua, Amy.

Does this look like a book that interests you? Visit the Fairfield Public Library catalog to see if it’s available or to place a hold! [Link will open in a new window]

Summary: When Michael Lewis had his first child, he knew exactly how he should feel. You know, in awe of the miracle of life and forever changed and stuff.  But when these feelings were slow to materialize, he realized that many devoted dads are, for lack of a better word, faking it. He began to chronicle the events immediately following the birth of each of his three children, determined to describe the actual sensation of being a father.

These short essays, many originally posted on Salon.com, are sharp, funny, and utterly truthful. From beaming with pride as his three year-old defends her older sister by cursing out older bullies, to spending the night under-prepared to camp at ‘Fairyland’ (a kiddie amusement park,) to the feelings of utter uselessness that attend fathers during labor and delivery, Home Game is a funny and fast read just in time for Father’s Day.

Who will like this book: This is a great choice for most dads, but for new and first-time dads in particular. Lewis has a following from his excellent sports writing.

If you like this, try this: Alternadad by Neil Pollack. The forthcoming Manhood for Amateurs by Michael Chabon. The Blind Side, a football book by Lewis.