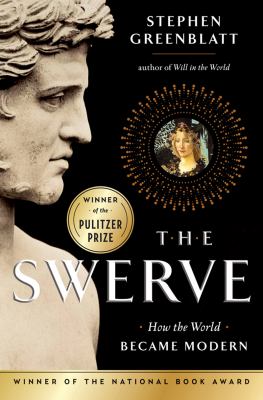 Title: The Swerve: How the World Became Modern

Summary/Review: Stephen Greenblatt (Ph.D. Yale) is Cogan University Professor of the Humanities at Harvard University and is a historian.  His most recent book ,winner of the 2012 Pulitzer Prize for general Non Fiction, revolves around a Roman poem  by Lucretius entitled On the Nature of Things. The poem, startling even for its time, asserts that there are only atoms that make up this universe, and the matter and the recombining of matter is all accidental – there is no god who guides and plans our lives; no god that cares about our existence. This is a startling assertion: a very disturbing and very modern idea is postulated about 50 years BCE!

Greek papyrus, Roman papyrus and codex suffer:  the ideas of the ancients deteriorate during the middle ages due to book worms, deterioration of ink and paper, persecution by church officials who deem them heretical, and the general ravages of time.  Enter Poggio Bracciolini, a 15th-century papal emissary, scribe and book hunter, who found a neglected copy of On the Nature of Things in a German monastery, copying it and distributing it to his humanist friends, and thus reintroducing important ideas to the Renaissance and beyond, ideas that are even found in our own Declaration of Independence.  There is so much more to this book that I can tell you here – and not all historians agree with Dr. Greenblatt.  But this was a fantastic “listen” – the narrator is excellent.

Who will like this book?:  History buffs and philosophical thinkers.  Someone looking for a non-fiction read that will illuminate the history of thinking.

If you like this, try this:  If you enjoyed Greenblatt’s writing, he has a number of other books – many focused on Shakespeare.  If you’d like to go back to the basics, “On the Nature of Things” is readily available, as are multiple interpretations and writings about the poem.

If this looks like something you would be interested, visit the Fairfield Public Library catalog to see if the book or audiobook are available! 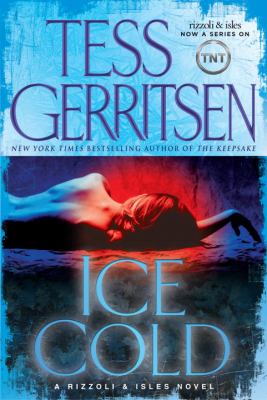 Summary: Ice Cold is Tess Gerritsen’s newest novel featuring medical examiner Dr. Maura Isles and her friend, FBI agent Jane Rizzoli. While on a ski trip, Maura and her friends become stranded in Wyoming. There they discover a deserted town called Kingdom Come. It turns out that Kingdom Come was home to a cult but the people have disappeared. When Maura also goes missing, Jane is determined to find out what has happened to her friend and the residents of Kingdom Come. Suspenseful throughout, “Ice Cold” keeps you guessing until the end.

Summary: Amandine is the first novel written by Marlena de Blasi, an author known for her memoir writing. The story is captivating and the author’s writing is simply beautiful, filled with sense details and unforgettable characters. Amandine is born out of wedlock into an aristocratic family in Krakow, Poland in 1931. She is born with a heart defect and not expected to survive. Under the pretext of bringing her to a hospital in Switzerland, Amandine’s  grandmother brings her to a remote convent in France. The Countess arranges to leave the child at the convent with a large sum of money and in the care of a governess, Solange Jouffroi. As a young child, Amandine is doted on by the nuns, Pere Philippe and Solange, but suffers cruelty and humiliation at the hands of the Abbess Mother Paul and the other children attending school at the convent. This cruelty, compounded by the abandonment by her mother, causes Amandine to believe there is something wrong with her. After a tragedy involving Amandine is barely averted, Solange takes her on a harrowing journey north through occupied France toward the governess’s home. Leaving their sheltered life in the convent, the pair discovers the horrors of war all around them. Meanwhile, Amandine’s birth mother, having just recently discovered that her child did not die at the hospital in Switzerland, has begun her own journey to find her. This is a story that will stay with you long after you’ve read it.

Summary:  FBI agent Daniel Clarke is obsessed with finding the serial killer known as Eve. Eve has killed at least 16 women and shows no sign of stopping. Daniel’s obsession has already cost him his marriage and now it has cost him his life. Or has it? After being shot by Eve, Daniel is clinically dead for 20 minutes. He is resuscitated but now the face of Eve is hidden somewhere in Daniel’s memory. When Eve kidnaps Daniel’s ex-wife Heather, Daniels knows his best chance of catching Eve before Heather is hurt is to die again so he can recover his memory. What he doesn’t realize is that Eve has a plan of his own for Daniel- to make Daniel his first “Adam”.

If I had to use one word to describe this novel I would say “intense”. On a scale of 1-10, 10 being the creepiest, I would give Adam an 8. If you like like horror and have a few sleepless nights to spare, you should definitely read this one.

Summary: Set in a Christian dystopia, in the not-so-far-off future, Broken Angel is the story of religious fundamentalism gone horribly wrong. Caitlin has grown up in Appalachia, an independent country within the United States run by fanatics who have distorted Christianity. Punishments for crimes in Appalachia (including the heinous crime of reading and teaching others to read) range from forced labor to death by stoning. No wonder there is secret network of people, known as the Clan, who help people escape this hell hole. Oops-that probably would have gotten me 5 years of hard labor in the factory.

As Caitlin reaches puberty, her father plans for her escape to the Outside. You see, Caitlin was born with a deformity that they have been able to hide up until now. If this deformity is discovered, she will certainly be put to death. Since everyone’s movements in Appalachia are monitored by the government, escaping is never easy. Caitlin is forced to flee on her own as her father tries to draw the bounty hunters away from her tracks, but she eventually meets up with two other fugitives. Together, they must help each other survive while keeping ahead of their pursuers. Will all three of them make it? What really happened to her father when the bounty hunter caught up to him? Is everyone in Appalachia what they appear to be? What is this mysterious deformity of Caitlin’s? Brouwer does a great job of keeping this a fast paced story with intriguing characters and plot twists.

Summary:  Nobel-prizing scientist and merry gang of whiz colleagues go off the deep end, experiment with the world’s largest supercollider computer housed on sacred native land, encounter operational difficulties, and the race to the “end” involves life and death issues.

This book kept me reading as I got caught up in the unfolding drama as computer scientists try to get the super computer to reveal what happened at the moment of creation. Scientist Hazelius and his twelve colleagues force the computer to operate at extreme levels resulting in a remarkable discovery. Or is it? Meanwhile evangelicals get wind of this “dangerous” experiment and build a protest movement against this government-funded project.   Throw in a romance rekindled and you have a nice fast-paced read that grabs and holds the reader’s  interest to the end.

Who will like this book?:  Readers looking for a fast read with some intrigue and an appetite for kirky characters and interesting questions about the beginning of life.