Two schools. One starting out with 26 boys, the other with 26 girls. All being raised and educated from infancy with no knowledge or awareness of the opposite sex. J and his brothers are expected to excel in the arts, sciences, and athletics without the distraction that girls would provide. K and her sisters are expected to do the same, without the distraction of boys. As the students approach the “delicate years” of age 12 and 13, can the twisted brains behind this increasingly disastrous experiment really control their wards’ budding sexuality and their increasing desire to find out what lies beyond the wooded boundary of their compound?
Josh Malerman is masterful at building suspense, developing complex characters, and walloping his readers with his heart stopping endings. Hold onto your hat and enjoy this ride. ~SB

Josh Malerman is also the author of BIRD BOX, another staff favorite which was recently made into a Netflix movie starring Sandra Bullock. You can place a hold on the book here.

For more information, or to place a hold on INSPECTION, please click here. 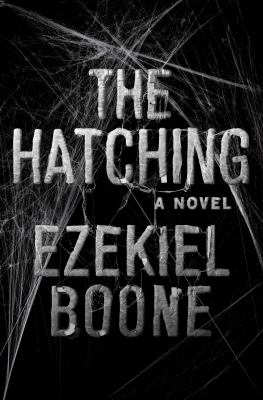 Summary/Review: Would you prefer death by a swarm of flesh eating spiders, or death by an exploding spider egg sac laid within your body? It seems like those might be your only choices, unless you have a spacious underground bunker that can sustain you for five years. Even then, who knows what will await you when you finally resurface?

The Hatching, book one in The Hatching series, is an apocalyptic novel that preys upon our fear of those creepy, crawly, and in this case carnivorous, monsters we call spiders. The first sign of danger comes when China “accidentally” drops a nuclear bomb within its own border. Was it really an accident, as they claim, or a futile attempt to stop the rampaging arachnids? Then news footage from India shows a panic in New Delhi, but what exactly are they fleeing from? The rest of the world soon finds out as the creatures make their way to other continents. Who, if anyone, will survive this plague? This was a great book. It was highly entertaining and hair-raising at the same time, fast paced and addictive. I can’t wait for book two in the series.

Who will like this book?: If you have a fear of creepy-crawlers, you may want to stay away – unless of course that’s what you’re looking for!  Someone looking for a new fast-paced series that will keep your heart racing.

If you like this, try this: Spiders aren’t typically covered in horror, and this is Boone’s debut: however, there are plenty of fast-paced creepy horror stories out there to choose from.  Try our “horror” category of the blog!

If this looks like something you’d like to read, visit the Fairfield Public Library catalog to see if it’s available and/or to place a hold! [This book comes out in July, but we’ve already pre-ordered it!] 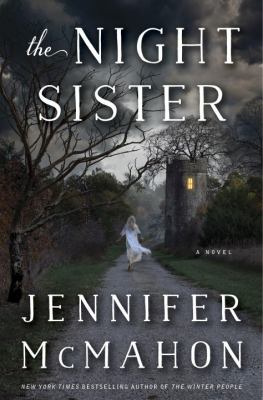 Summary/Review: “Do you believe in monsters?” You might after reading the creepy new novel by Jennifer McMahon. And by creepy I mean awesome.

Growing up in and around the decrepit Tower Motel in London, Vermont wasn’t all bad for friends Amy, Piper and Margot, at least not until they found the suitcase hidden in the tower. Why was the suitcase, hidden for two decades, not taken by Amy’s aunt Sylvie when she left town in 1955? The discovery only leads to more questions and eventually the dissolution of the friendship between Amy, Piper and Margot.

Who will like this book?: Someone looking for a VERY creepy read.  Someone who’s interested in a thriller/mystery that will leave you feeling haunted.

If you like this, try this: Jennifer McMahon has written other novels, including the well-received “Winter People” and “Promise Not to Tell”.  This book is reminiscent of “Help for the Haunted” by John Searles, although darker.  Tana French is also brought to mind. 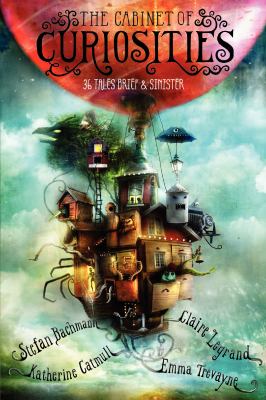 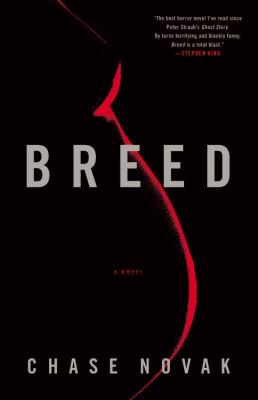 Summary/Review: Desperate to have a child of their own, a New York couple travels to Slovenia for a radical procedure which has horrifying results.

Alex and Leslie Twisden have tried just about everything to conceive a child but nothing has worked and they are running out of options. When former members of their infertility support group end up pregnant, Alex insists on knowing the secret to their success. This information and the Twisden’s desire to conceive lead them to Slovenia and the mysterious Dr. Kis. After undergoing a barbaric procedure, Leslie winds up pregnant and eventually gives birth to two healthy children, Adam and Alice.

When hormones can no longer be blamed for the new, strange and depraved thoughts and desires of Alex and Leslie, the true horror of Dr. Kis’ fertility treatment is discovered. Will it be in time to save their children?

Truly creepy and not for the squeamish, this novel is a wild ride. Fast paced and well written, you’ll be talking about this one for a while.

Who will like this book? If you like horror and are looking for something a little different, this book is for you.

If you like this, try this: “The Devil in Silver” by Victor LaValle has similar themes and creepiness, though his takes place in a mental institution.  If you’re interested in branching out into horror, Stephen King is always a safe (and popular) bet, as well as Dean Koontz – and for the classics lovers out there, “Frankenstein”, “Dracula”, and Edgar Allen Poe are also worth a try!

If this looks like a book you would like to try, visit the Fairfield Public Library catalog to see if it’s available and/or place a hold!