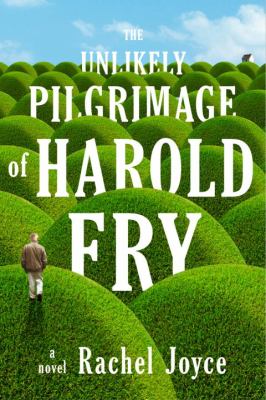 Review/Summary: Harold Frye, recently retired, lives in a small English village with his wife, Maureen, who seems irritated by almost everything he does. They have settled into a mundane existence. Then one morning he receives a letter from an old friend who is dying. When he composes a reply letter and goes to post it, he becomes convinced that he must hand deliver it. Thus, begins his quest as he takes off in his tennis shoes to walk 600 miles, because he believes Queenie will live, as long as he walks. Along the way he meets one fascinating character after another. Memories flood him of his wedding day, fatherhood and regrets and losses. Maureen reminisces too and finds herself missing him. This funny, poignant, charming story about an ordinary man on an extraordinary journey will move and inspire you.There also mysteries that will be solved about his friend and son. Fans of Major Pettigrew’s Last Stand will embrace another hero in Harold Frye.

Recommended by: Cindy B., Children’s Librarian

Who will like this? Someone who recognizes that sometimes heroes come from the most unlikely of places.  Anyone looking for a story about second – or maybe even last – chances.

If you like this, try this: “The 100-Year Old Man Who Climbed out a Window and Disappeared” by Jonas Jonasson is also about last chances, and what we do with them.  You may also enjoy “Major Pettigrew’s Last Stand” by Helen Simonson.

This is playwright Rachel Joyce’s first novel, but was named as an Amazon “top book of the month”, so be on the lookout for more from her!

If you would like to see if this book is available, please visit our Fairfield Public Library catalog [Link will open in a new window] 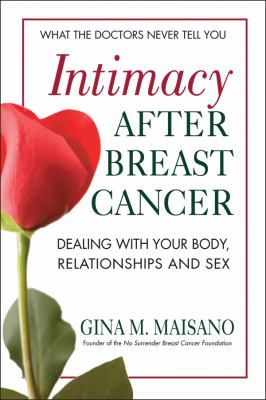 Title: Intimacy After Breast Cancer: Dealing with Your Body, Relationships and Sex

Publisher: Square One Publishers, May 2010

Summary: This book is misnamed – more appropriately it is about LIFE after breast cancer.  You finish all your surgeries and treatments and then the doctors leave you alone – very alone.  Ms Maisano is a two-time breast cancer survivor who is wonderfully upbeat about telling other survivors to LIVE their lives, not to remain in “cancerland”.  She offers tips on lymphedema, skin care, dealing with side effects of various medications, adjusting to the physical new ‘you’, and how to prepare yourself physically and emotionally for intimacy.

Summary: David Small grew up in a cold house, with distant, nearly silent parents. He was born sickly – and as was par for the course at that time, his radiologist father gave him plenty of x-ray treatments to strengthen his lungs. When a growth developed on his neck, his parents thought little of it. Four years later, he finally had surgery to remove an aggressive malignant tumor. But no one told young David what was wrong with him, or why he was now voiceless.

That Small grew up to be a renowned artist and picture book illustrator (Imogene’s Antlers, So You Want to Be President?) seems miraculous, given the circumstances of his childhood. In this boldly designed, unforgettable graphic memoir, he pulls no punches. But what elevates this book above and beyond the popular ‘terrible childhood’ subgenre is his refusal to reduce his family to caricatures. A story of family horrors shown through the eyes of a young, creative child, Stitches will make an impact on all who read it.

Who will like this book?: Readers who like redemptive stories about painful childhoods. If you or your children have enjoyed Small’s award-winning picture book illustrations, you will be fascinated by his life story.

If you like this, try this: Fun Home by Alison Bechdel.  Why I Killed Peter by Olivier Ka. The Glass Castle by Jeannette Walls.

This book is a charming little read about an elderly couple who flee across country against the wishes of doctors and family members. It starts off a little roughly but soon the reader is engaged in the adventure of a couple married sixty years who are determined to visit Disneyland one last time. There are no real surprises along the way save for some nice words of sentimental wisdom. Nevertheless I did find myself rather moved. The end of the story has a twist but not altogether unexpected.