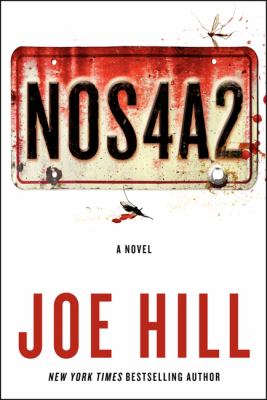 Summary/Review: This story begins with a very young Victoria McQueen, a bike, and her encounter with a magic bridge. We are then introduced to a man named Bing Partridge who befriends a monstrous, evil, and hideous child abductor named Charles Talent Manx, who drives a magical 1938 Rolls Royce Wraith.

Their paths first collide when Victoria, at 17, avoids being kidnapped by Manx and taken to a make believe location called Christmasland, a place where all children never have any pain and where it is Christmas every day. Unfortunately, the children change while they are there; becoming creatures with razor sharp teeth and kill adults by playing the game “SCISSORS-FOR-THE-DRIFTERS”. Manx claims the children’s souls allowing him to live eternally.

Then, as an adult, Vic loses her own child, Bruce Wayne Carmody, to Manx. Her dangerous journey continues, trying to rescue her son with the help of Wayne’s dad Lou, and a stuttering librarian named Maggie, who seems to possess powers of her own.

This life and death tale of a mother’s love will keep you the edge of your seat for all 686 pages. This is one of my favorite novels of the year.

Who will like this book: If you are in the mood for horror, suspense, and adventure, then you will enjoy this story.

If you like this, try this: The Shining, Salem’s Lot, or It all by Stephen King, who happens to be Joe Hill’s father.

Does this look like a book you’d like to read?  Visit the Fairfield Public Library catalog to see if it’s available and/or place a hold!