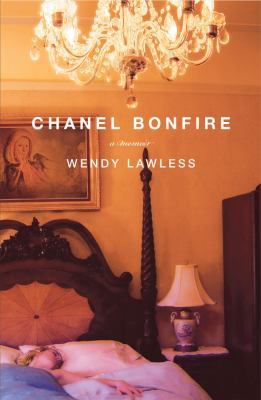 Summary/Review: Growing up with an alcoholic, narcissistic, and mentally ill mother was by no means easy for Wendy and her younger sister Robin. Keeping the severe dysfunction hidden behind closed doors was even harder. Wendy, the dutiful older daughter, became the glue that held her family together despite the neglectful and manipulative ways of her mother Georgann. Robin on the other hand, had very little patience for her mother’s shenanigans.

Always on the lookout for a rich man and living beyond her means, Georgann moved the girls to New York, London, and Boston (just to name a few) in search of the life she felt she deserved. All the while Georgann maintained that the girls’ biological father had a new family and no longer wanted them. Manipulation was her forte, telling the girls things like “My doctor thinks that if you and your sister appreciated me more, I wouldn’t be so depressed” and “…my doctor thinks that it’s because of you girls that I drink”. As Georgann’s behavior became more erratic and dangerous, the two sisters did all they could to break free from their mother’s grip and live their own lives.

Similar to The Glass Castle by Jeannette Walls, this is a memoir loaded with family dysfunction that reads like a novel and is told with self-reflective honesty and more than a little humor.

Recommended by: Sue B., Circulation

Who will like this?: Someone looking for an amusing memoir that still deals with difficult issues.

If you like this, try this:  The author has a very similar writing style as Jeannette Walls (Glass Castle), so you may want to try out some of her memoirs.  Additionally, Jenny Lawson’s “Let’s Pretend this Never Happened” also deals with difficult issues while still speaking through humor.

If this looks like a book you’d enjoy reading, visit the Fairfield Public Library catalog to see if it’s available and to place a hold!