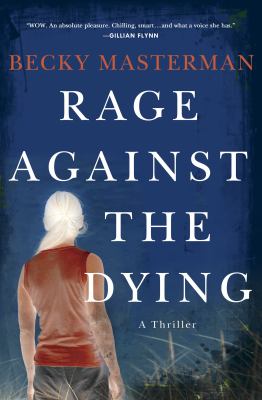 Title: Rage Against the Dying

Summary/Review: If you’re looking for a fast paced thriller that you just can’t put down, look no further. Rage against the Dying, the debut thriller by Becky Masterman, will not disappoint you.

Ex-FBI agent Brigid Quinn is adjusting to her new life as a newlywed in Tucson, Arizona. Forced into early retirement after shooting an unarmed suspect, the 59 year old Quinn has seemingly moved on. That is until the Route 66 Killer, the case that has haunted her for years, becomes news once again. Not only the most frustrating unsolved case of Brigid’s career, the Route 66 Killer cost the life of her protégé Jessica Robertson. Now a suspect has confessed and Brigid is once again drawn into this disturbing case. Laura Coleman, the new FBI agent assigned to Route 66, has asked for Brigid’s help but no one can foresee the horror that lies ahead.

This novel has everything: suspense, dark humor, and of course some blood and guts. I sincerely hope Brigid’s story does not end here. Unlike any character I’ve ever read, she is strong, smart, funny, and a little bit of a loose cannon. I can’t wait to see her again.

Who will like this book?: Anyone who’s not afraid of a little gore.  Someone looking for a thriller that they won’t be able to put down.

If you like this, try this:  If you liked Masterson’s writing, be on the lookout for more from her: this is a debut novel, but the story leads itself to more.  If you liked the intensity, try Chelsea Cain, who has a number of books including “Heartsick” and “Sweetheart”.  If you’re looking for the same level of darkness without the gore, try Neil Gaiman.

This book isn’t quite out yet, but we still have it on order, so visit the Fairfield Public Library catalog to place a hold!