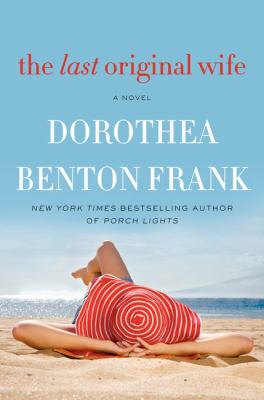 Summary/Review: If you are looking for a book that has a little romance, a lot of humor and takes you to Charleston, South Carolina then this book is for you. Leslie Carter is the last “original” wife among a group of couples that had gotten married and raised their children together. Now, whether by divorce or death, the husbands in the group have replaced their original wives with newer models.

Leslie’s husband Wes expects her to be grateful that he has kept her around. Leslie’s daughter is a single mother expecting her mother to be on call 24/7 to babysit. Her son is a hippy living in Asia trying to find himself while smoking a lot of pot. During a disastrous trip to Scotland with the “new” wives Leslie falls into an open manhole and no one misses her for 45 minutes. When she is stuck in the hospital in Scotland her husband leaves her there so he doesn’t miss his tee time. When she returns to the states, Leslie escapes to Charleston to spend time with her gay brother and reevaluate her entire existence. Once there, Leslie rediscovers herself and her passions –  including an old flame!

Dorothea Benton Frank has a wonderful writing style and opening one of her books you can feel the warm Charleston breezes, you can taste the cocktails and you can smell the sea air. Open the pages of this book and escape for a while!!

Who will like this book? Anyone who likes a good southern saga and a great beach read.

If you like this, try this: Dorothea Benton Frank has written over 14 books so if you like this one you will love all her other books too.

If you think this could be your next read, visit the Fairfield Public Library catalog to see if it’s available and/or place a hold!

Title: American on Purpose: The Improbable Adventures of an Unlikely Patriot

Summary: Craig Ferguson is the hilarious host of TV’s Late Late Show. Craig was born in Glasgow Scotland which he describes as “Detroit on acid” when he was growing up. He certainly managed to party his way through his youth until age 29 when he sobered up. His telling of his misadventures as a bouncer, a modern dancer, a drummer in a few bands all while totally inebriated (and more) is self deprecating, funny and sad. He travels to the United States with his father as a youth and his life is changed forever. He returns years later trying to land an acting job in Hollywood and does so by the skin of his teeth.

Now over 2,000,000 people laugh with him most nights as he entertains and shares his lust for the American way of life. His story is another great tale of the American dream coming true for a person who takes risks, perseveres, and appreciates his good fortune in the end.

Title: The Other Queen

Summary: Mary, Queen of Scots, might be the most infamous royal in all of European history: She led a life of intrigue and scandal that landed her, at age 26 and a widow twice-over, in the hands of her cousin and rival, Elizabeth, Queen of England. In another well-crafted, fast-paced historical fiction, Philippa Gregory (The Other Boleyn Girl, The Constant Princess) has chosen to focus not on Mary’s tumultuous life in Scotland, but on her captivity in England, which lasted nearly 20 years. As a Catholic queen in a newly-Protestant country, she was at the center of countless plots to restore her not only to the Scottish throne, but also to put her in Elizabeth’s place.

The story centers on three people: Mary, and her married captors, the honorable George Shrewsberry, and his savvy wife, the remarkable Bess of Hardwick. As each intrigue bubbles to the surface and Mary scrambles to emerge victorious, we see the strain her presence in England puts not only on the kingdom, but on the marriage of George and Bess. This is a fascinating piece of nearly-forgotten history, and a must-read for fans of The Tudors and the recent HBO mini-series, Elizabeth.

Who will like this book?: Fans of historical fiction that focuses on the royals. Anyone with an interest in Tudor history, or the Scots queen.

If you like this, try this: In fiction, try Mary, Queen of Scotland and the Isles by Margaret George. For some non-fiction, look for Elizabeth and Mary: Cousins, Rivals, Queens by Jane Dunn.

Summary: Tora Hamilton and her husband Duncan have just moved to the Shetland Islands. Tora is new to the Islands, but Duncan is returning after a 20 year absence. Soon after Tora moves in, she accidentally digs up a body buried on her property and soon realizes she has unearthed more than just human remains. She has quite a few questions to ask the authorities about the body. Simple questions like why was the woman’s heart removed and why did she have ancient symbols carved into her back? The more questions Tora asks, the more secretive the people around her become. She finally decides to do some investigating on her own and discovers that the symbols carved in the woman’s body are ancient runes and the manner in which she was killed is eerily similar to a ritual described in Shetland Island folktales. Unfortunately for Tora, as one character puts it, “…tucked away inside all legends, a kernel of truth can be found”.

If you like a book that has some chills,  and a setting that is not commonly used, this may be the book for you.