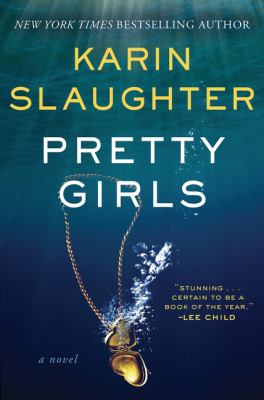 *This book contains graphic descriptions of violence, particularly sexual violence against women, so be warned.*

Summary/Review: I found this novel a somewhat interesting read because it describes good, bad, and even horrible relationships, from a woman’s perspective.

Two decades ago the older sister of the two women involved in this mystery was abducted. Her body was never found. This destroys her parents’ marriage and emotionally cripples, to some extent, the remaining two girls’ development. One sister self-medicates with alcohol, drugs and sex. The other buries her misery and eventually marries a successful architect. Together they create a fairy-tale perfect, suburban marriage.

The story takes a terrible twist when the “good daughter” discovers (or does she?) horrible secrets about her architect husband after he is murdered in a mugging gone terribly wrong.

The sisters become almost action heroes as they uncover more and more, and worse and worse facts about their family, the dead husband and the fate of many young women over the years.

There are several dramatic plot twists which will probably blind-side the reader. You don’t want to know what they are in advance. This is a somewhat trashy page-turner so it won’t take long to read if you want to know all the details.

Who will like this book? Someone who’s a fan of criminal procedurals who won’t shy away from graphic violence.

If you like this, try this: Karin Slaughter has a huge repertoire of works, so if you like her writing you’ll have plenty to choose from.  If you’re looking for other crime procedurals written by women, try Lisa Gardner or Kathy Reichs.
Recommended by: Mark Z, Guest Reviewer