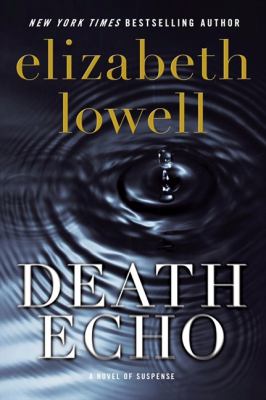 Summary: Emma Cross, former CIA agent now working for St. Kilda Consulting, must rustle with Russian spies and a terrorist plot in Elizabeth Lowell’s latest book.  Emma needs to chase down “The Blackbird” a yacht that could have explosives attached to it… enough explosives to blow up a major city. The story moves from the Puget Sound to Vancouver Island.   Interestingly, a “twin” yacht went missing never making it to its port. Are the two connected somehow? Did they have the same owner?

Fortunately for Emma she doesn’t have to work alone. Enter Mackenzie Mac Durand, a former Special Ops guy, and the transit captain for “The Blackbird.” Sparks fly between the two and a romance blossoms amidst all of the turmoil.

They are in for a bumpy ride in this romantic suspense novel, fighting off Russian Spies, CIA agents, and a very hazardous sea –  and time is not on their side.

Summary:    It’s the summer of 1942 and Malta is quickly becoming the most bombed place on earth. The strategic location of the island, between Europe and Africa, has increased its value to both the Germans who are bombing it, and the Allies who are stationed there. The residents fear a German invasion, but the lack of protection against the constant air raids has weakened their loyalty to the Allies.

British officer Max Chadwick has been given the position of Information Officer. His assignment is to manipulate the news coming in to Malta to buoy the spirits of the troops and the island residents. What the Maltese do not know is that a psychopath walks among them, killing young women and leaving their bodies out in the open to appear as if they were killed during a bomb strike. When another young woman is found dead Freddie, a friend of Max’s and a doctor at the local hospital, discovers the true cause of death. He confides in Max that this is the third murdered woman who has come into the morgue recently. This time, though, a shoulder patch from a British officer’s uniform is found in the dead woman’s clenched hand. Max knows that if this news is released to the public, Maltese loyalty to the Allies may finally be shattered.

The Information Officer is both a love story and a murder mystery, with occasional glimpses into the mind of the killer. The crucial role that Malta played during the war may not be common knowledge, and will certainly appeal to readers of historical fiction. Mills is masterful at expressing a sense of place, with his descriptions fueling the reader’s imagination.

Who will like this book? Fans of  historical fiction and suspense novels.