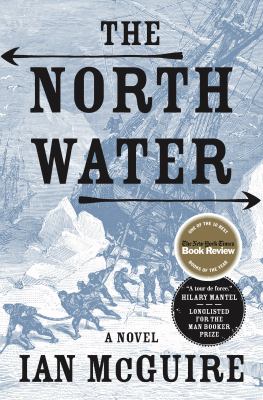 Summary/Review:  First of all this is about as far from a chick book as you can get. It is a sometimes-thrilling account of the horrible, bloody, violent life of Arctic whalers aboard a sailing ship in the late 1850s.

The protagonist is an Irish ex-Army surgeon with a questionable past who served with the British army in India. Back in England after that military escapade, he needs to find work and signs on to be ship’s surgeon for a pittance of a salary, just to have something to do for 6 months or so. At that time the whale oil business was fast being replaced by coal oil and paraffin since they were cleaner, less expensive sources of heat and light. Unfortunately, also among the crew is as foul a human being as I have ever read about — Henry Drax is his name and among other things, he rapes and sometimes kills young boys on land as well as at sea.

The owner of the ship, who has his own sordid past, connives to sink the ship for the insurance money when they are out whaling, but the weather and human attrocities “scuttle” his plot.

The whaler-sailors were toiling under horrible and unforgiving conditions, but the absolute disregard for human and animal life and suffering is hard to fathom.

The North Water may, or may not be, an historically accurate depiction of a way of life that none of us will ever experience. There are other novels which take the same path, exploring and explaining the lives of commercial fishermen, such as The Perfect Storm and All Fishermen Are Liars.

I read this book because In December 2016 The New York Times named The North Water as one of the 10 Best Books of 2016.

If you like this, try this: The Perfect Storm and All Fishermen Are Liars.

If you would like to check our catalog or place a hold on this book, please click here.