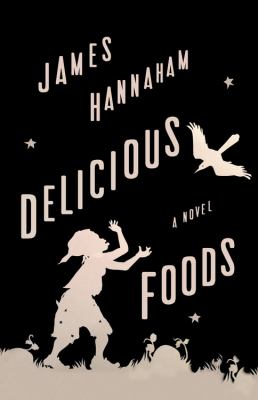 Summary/Review: The story begins with Eddie, who has recently escaped a mysterious company called Delicious Foods. His mother, Darlene, is still working there. Eddie has no hands, he’s estranged from his relatives, he’s poor and distraught about his mother, but he is ultimately good-natured and ready to emerge with a new life. The real struggle is with Darlene, Eddie’s mother. In her past life she would be described as a grieving widow whose husband was murdered, a hard-working, educated, beautiful, and caring mother. In her new life Darlene is addicted to crack cocaine, prostituting herself, neglecting Eddie, abusing herself and others and, ultimately, losing her mind – until she is saved by Delicious Foods, who offer a wonderful new dream filled with hope, redemption, hard work, and a rampantly dark underbelly.

Reading reviews you might think this story is focused on drugs – after all, the drugs have their own chapters, told from their point of view. You might think it’s about a mysterious company, Delicious Foods, and all the horrible things that go on in a place where you keep people addicted to drugs and brainwashed. You might even think that it’s about Eddie, and his struggle to regain a new life. But the truth is that the book is about all of these things yet none of these things. It’s a beautifully written book. It’s the type of book you have to read slowly because it takes a long time to convince yourself you’re not there, experiencing these things. You could probably call it a mystery thriller, but that wouldn’t accurately describe its deep literary roots. The truth is that “Delicious Foods” is indescribable – you just need to read it. It’s wonderful, magnetic, heart-breaking, scary, thrilling, hilarious, and poetic.

Who will like this book?: Someone that doesn’t shy away from dark topics such as race, addiction, and hopelessness. Someone looking for a read that’s thrilling but deep and literary.

If you like this, try this: James Hannaham has written one other book, “God Says No”, which is probably worth a try. I honestly can’t think of a book similar to this one, so you’ll need to try it yourself!

If you think this is a book you’d like to try, visit the Fairfield Public Library catalog to see if it’s available and/or to place a hold.