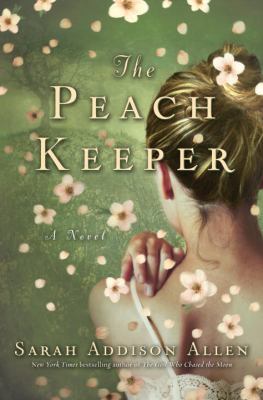 Summary/Review: Ever since Willa Jackson moved back to her Southern hometown of Walls of Water she has chosen to lead a quiet life away from society’s rich townspeople and the disgrace of her family name. However, when the 75th anniversary gala of the Women’s Society Club, which was co-founded by her grandmother, was announced strange things began to happen.

The event was being held at the glorious Blue Ridge Madam, a house that Willa’s family once owned and later lost generations ago to financial trouble. After years of neglect, the house was being restored by Paxton Osgood, a former classmate and current president of the club.

While renovating the property the only peach tree was removed unleashing a dark secret that was buried deep within its roots, leaving skeletal remains and a spiritual presence. As Willa and Paxton try to piece together the mysteries surrounding the tree, they learn more about their families than they ever knew and discover what true friendship really means.

Who will like this book: Anyone who enjoys a good story that deals with family secrets, friendship, love, and a bit of mystic.

If you like this, try this: The Girl Who Chased the Moon or Garden Spells, also by Sarah Addison Allen.

If you think this looks like something you’d like to read, visit the Fairfield Public Library catalog to see if it’s available and/or place a hold!