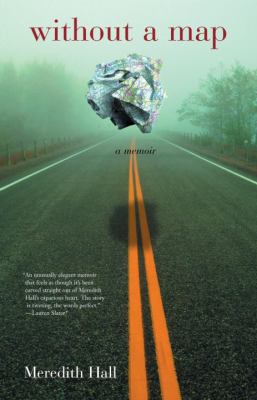 Title: Without a Map: A Memoir

Summary:  If you think you had problems as a teen, try finding yourself pregnant at 16, being disowned by your family, and shunned by everyone in your community.  This memoir takes place in the 1960’s in a small New Hampshire town.   Hall’s parents are divorced.  She is sent away from her family, friends, and school to live with her father and stepmother where she is basically ostracized in an attempt to hide her pregnancy.  She is forced to give up the baby and then spends her early adulthood wandering and longing for the baby she gave up and the parents who betrayed her.

She eventually reconnects with her son when he is a young adult, but it is bittersweet as he has been adopted by a family who lived in poverty and had abused him.  Hall ultimately helps to care for her aging parents, offering them what they were never able to offer her.  She is brutally honest in recalling her life.  She takes responsibility for her mistakes.  Hers is a story about hope, survival, and finding forgiveness.