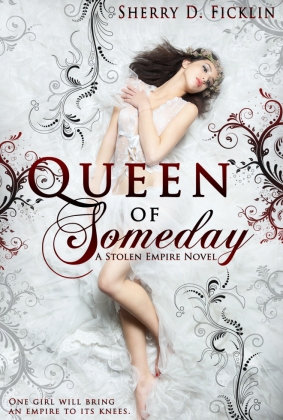 Summary: Sophie knows she must do her duty to her family, her country and the emperor. That this means leaving the only home she has ever known to attempt to secure a marriage to a boy prince she has only met once in her life is out of her control. Driven by her ambitious mother, Sophie makes the journey to the cold heart of Russia, ruled by Empress Elizabeth and her nephew, the heir, Peter. Once she arrives, she must defend herself against palace intrigue, rival princesses and the desires of her own heart. Can she master the subtle rules of the court, form the alliances she needs to surpass her enemies and survive the treacherous atmosphere to someday become queen?

This is a great, quick read for anyone who likes romance and historical fiction. Sophie is a strong, resourceful character who you will root for, even as she makes mistakes. While it can be a little loose with the historical facts of young Sophie’s life, the basic story follows the biographical record. You will race through this book and want to read the whole series to see how it all turns out for the princess as she begins the journey that will see her become one of the most powerful and controversial royals in history.

Who will like this book?: Readers who like historical fiction based on real people. Romantics. People who like stories about royalty. Fans of the television show Reign.

If you like this, try this: The forthcoming books in the series, Queen of Tomorrow and Queen of Forever. For a quick look at the (scandalous) reign of Catherine II, read her installment of the Wicked History biography series. You can also take a look at the princess-based series of Carolyn Meyer and Esther Friesner.