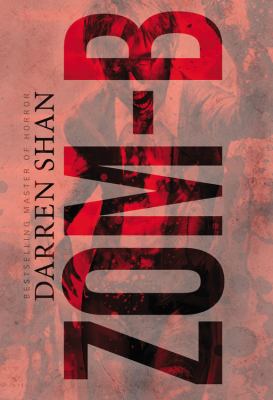 Summary: It begins in a remote village in Ireland.   Footage of vicious zombie attacks and brutal military responses goes viral.  B’s London-based gang of friends and family see the clips, but everyone seems to think it is some kind of hoax.  Some think it is a promo for an upcoming film, others theorize that it is a terrorist plot, or even the ultimate practical joke.  Life goes on for everyone in the rest of the world.

And, life for B means dealing with an abusive and racist father, protecting a battered mother, hanging tough in front of friends, and going to school.   Potential zombies aside, the biggest issue in B’s life is dealing with the urge to go against Dad’s bigotry.  Sometimes it is just easier to agree with him because an unhappy Dad is a violent one.  Unfortunately, it’s becoming evident that  B’s decision to just pretend to go along with Dad’s views is beginning to influence how B behaves towards kids from other racial backgrounds.  Even at school, B is receiving mixed messages about tolerance and B’s finding it hard to separate right from wrong.

However, that internal struggle is momentarily sidelined the day B’s school is attacked by zombies.  The attack is sudden, and B and a group of diverse students  must get over their shock and disbelief immediately if they are to escape the carnage.

Who will like this book?:  This incredibly fast-paced book is great for fans of action and, of course, zombies.  There are some graphic novel-type illustrations that further enhance Darren Shan’s creepy vision of the zombie apocalypse.   This addictive first of a proposed 12 book series already has the next three books in print and subsequent ones are scheduled to be released approximately three months apart.

If you like this, try this:  Of course continue on with the series!  But while you wait, get hooked on Jonathan Maberry’s Rot and Ruin series, Robert Kirkman’s graphic novel series The Walking Dead, and Charlie Higson’s The Dead.